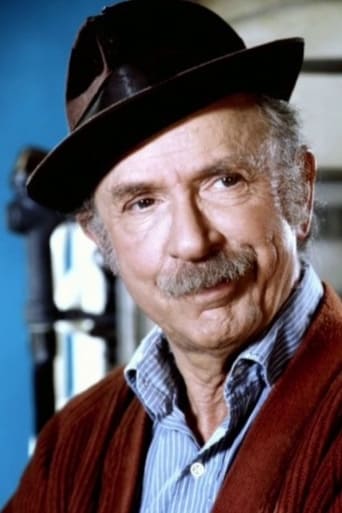 From Wikipedia, the free encyclopedia. Jack Albertson (June 16, 1907 – November 25, 1981) was an American character actor dating to vaudeville.  A comedian, dancer, singer, and musician, Albertson is perhaps best known for his roles as Manny Rosen in The Poseidon Adventure (1972), Grandpa Joe in the 1971 version of Willy Wonka and the Chocolate Factory, Amos Slade in the 1981 animated film "The Fox and the Hound" (1981), and as Ed Brown in the 1974-1978 television sitcom Chico and the Man. For contributions to the television industry, Jack Albertson was honored with a star on the Hollywood Walk of Fame at 6253 Hollywood Boulevard. Description above from the Wikipedia article Jack Albertson, licensed under CC-BY-SA,full list of contributors on Wikipedia.