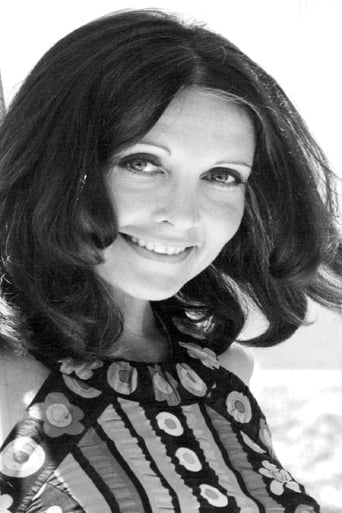 Anjanette Comer (born August 7, 1939) is an American actress. Born in Dawson, Texas to Rufus Franklin and Nola (Dell) Comer, her first major television credit was a guest appearance in a 1963 episode of Gunsmoke, followed by roles in several other dramatic series of the 1960s, such as Dr. Kildare and Bonanza. She made her feature film debut as the female lead in the 1964 comedy Quick, Before It Melts followed by a memorable role in the 1965 satire The Loved One, playing a seductive mortician who offers Robert Morse a choice for his uncle's funeral arrangements of "Inhumement, entombment, inurnment, immurement? Some people just lately have preferred ensarcophagusment." Though Comer was cast opposite Michael Caine for Funeral In Berlin and even appeared in publicity stills, she had to be replaced because of illness. But she had another leading role as a love interest to Marlon Brando and John Saxon in the Western adventure The Appaloosa (1966). The film, shot on location in Mexico, presented Anjanette as a Mexican peasant girl, a role she repeated in the 1968 Anthony Quinn vehicle Guns for San Sebastian. In between she starred with Robert Wagner and Jill St. John in the golf-themed 1967 film Banning. Comer's movie activity dropped off in 1970 after she played Ruth in the film version of John Updike's Rabbit, Run (1970). She later claimed she let her love life interfere with her work. Comer's most recent films include Fire Sale (1977) and the made-for-TV The Long Summer of George Adams (1983). In subsequent years, she was frequently cast as mysterious or exotic characters. Today, more than four decades after her debut, Comer is still active in films and television, having been in over 55 productions. Description above from the Wikipedia article Anjanette Comer, licensed under CC-BY-SA,full list of contributors on Wikipedia.