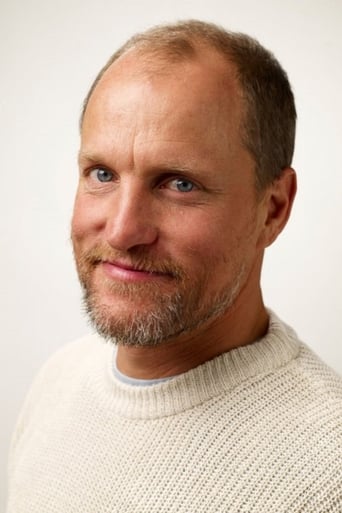 Academy Award-nominated and Emmy Award-winning actor Woodrow Tracy Harrelson was born on July 23, 1961 in Midland, Texas, to Diane Lou (Oswald) and Charles Harrelson. He grew up in Lebanon, Ohio, where his mother was from. After receiving degrees in theater arts and English from Hanover College, he had a brief stint in New York theater. He was soon cast as Woody on TV series Cheers (1982), which wound up being one of the most-popular TV shows ever and also earned Harrelson an Emmy for his performance in 1989. While he dabbled in film during his time on Cheers (1982), that area of his career didn't fully take off until towards the end of the show's run. In 1991, Doc Hollywood (1991) gave him his first widely-seen movie role, and he followed that up with White Men Can't Jump (1992), Indecent Proposal (1993) and Natural Born Killers (1994). More recently, Harrelson was seen in No Country for Old Men (2007), Zombieland (2009), 2012 (2009), and Friends with Benefits (2011), along with the acclaimed HBO movie Game Change (2012). In 2011, Harrelson snagged the coveted role of fan-favorite drunk Haymitch Abernathy in the big-screen adaptation of The Hunger Games (2012), which ended up being one of the highest-grossing movies ever at the domestic box office. Harrelson is set to reprise that role for the sequels, which are scheduled for release in November 2013, 2014 and 2015. Harrelson has received two Academy Award nominations, first for his role as controversial Hustler founder Larry Flynt in The People vs. Larry Flynt (1996) and then for a role in The Messenger (2009). He also received Golden Globe nominations for both of these parts. In 2016, he had a stand-out role as a wise teacher in the teen drama The Edge of Seventeen (2016). Harrelson was briefly married to Nancy Simon in the 80s, and later married his former assistant, Laura Louie, with whom he has three daughters.