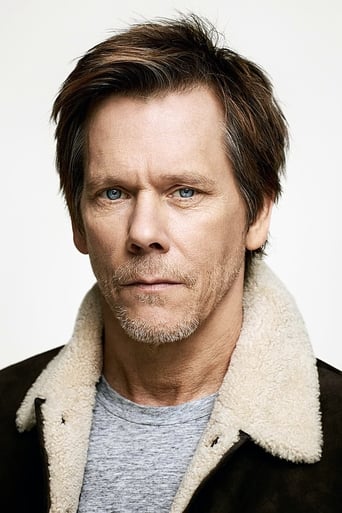 Kevin Norwood Bacon (born July 8, 1958) is an American film and theater actor whose notable roles include Animal House, Diner, Footloose, Flatliners, A Few Good Men, Apollo 13, Mystic River, The Woodsman, Friday the 13th, Hollow Man, Tremors and Frost/Nixon. Bacon has won Golden Globe and Screen Actors Guild Awards, was nominated for an Emmy Award, and was named by The Guardian as one of the best actors never to have received an Academy Award nomination. In 2003, Bacon received a star on the Hollywood Walk of Fame.  Description above from the Wikipedia article Kevin Bacon, licensed under CC-BY-SA, full list of contributors on Wikipedia.

Born:
Jul 8, 1958 In Philadelphia, Pennsylvania, USA
Movie/TV Credits:
111
First Appeared:
In the movie You Should Have Left
Latest Project:
Movie Live in Front of a Studio Audience: "All in the Family" and "Good Times" 2019-12-18