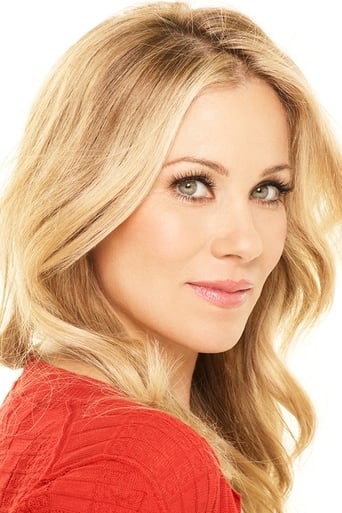 From Wikipedia, the free encyclopedia. Christina Applegate (born November 25, 1971) is an American actress. She is best known for playing Kelly Bundy on the FOX sitcom Married... with Children. Since then, she has established a film and television career, winning a Primetime Emmy and earning Tony and Golden Globe nominations. She has had major roles in several films including Don't Tell Mom the Babysitter's Dead, The Big Hit, The Sweetest Thing, Anchorman, Farce of the Penguins, Alvin and the Chipmunks: The Squeakquel and Hall Pass. She has also starred in numerous Broadway theatre productions such as the 2005 revival of the musical Sweet Charity. As of May 2011, she is set to star in NBC's comedy, Up All Night. Description above from the Wikipedia article Christina Applegate, licensed under CC-BY-SA, full list of contributors on Wikipedia.