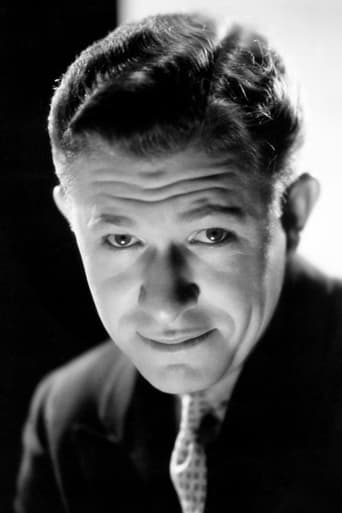 From Wikipedia, the free encyclopedia Stuart Erwin (14 February 1903, Squaw Valley, California — 21 December 1967, Beverly Hills, California) was an American actor. Erwin began acting in college in the 1920s, first appearing on the stage, then breaking into films in 1928 in Mother Knows Best. He was cast as amiable oafs in several films such as The Sophomore, The Big Broadcast, Hollywood Cavalcade, Our Town, International House and Viva Villa!. In 1934 he was cast as Joe Palooka in the film Palooka, and in 1935 he had a supporting role in After Office Hours (starring Clark Gable). He co-starred in the Paramount Pictures all-star revue Paramount on Parade (1930). In 1936, he was cast in Pigskin Parade, for which he was nominated for the Academy Award for Best Supporting Actor. In Walt Disney's Bambi, he did the voice of a tree squirrel. In 1950, Erwin made the transition to television, where he starred in Trouble with Father, which was eventually retitled The Stu Erwin Show. He co-starred with his wife, actress June Collyer. He later appeared in the Disney films Son of Flubber and The Misadventures of Merlin Jones. He also appeared with Jack Palance in the ABC series The Greatest Show on Earth during the 1963-1964 television season. Erwin has a star on the Hollywood Walk of Fame at 6240 Hollywood Blvd. He is buried in Chapel of the Pines Crematory. Description above from the Wikipedia article Stuart Erwin, licensed under CC-BY-SA, full list of contributors on Wikipedia.