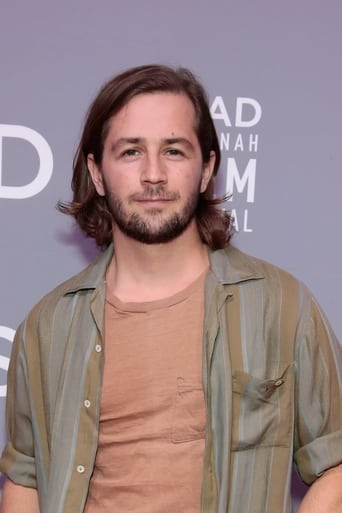 In 2000, 12-year old Angarano acted in Cover Me: Based on the True Life of an FBI Family. The following year, he landed his first major film role in Little Secrets, opposite Evan Rachel Wood and David Gallagher. Michael then starred in a 2003 telefilm named Maniac Magee as Jeffery Lionel Magee, a 12-year-old boy who finds his way into Two Mills, Pennsylvania, a place divided by racial prejudice. It premiered on Nickelodeon. In 2004, he appeared in the movie version of the critically acclaimed novel Speak, which costarred Kristen Stewart. Angarano was the lead role in Sky High and had a major role in Lords of Dogtown, both of which were released in the summer of 2005. Other film roles include parts in The Bondage, Black Irish, Man in the Chair, Snow Angels, The Final Season, One Last Thing... and The Forbidden Kingdom. On television, Angarano had a recurring role as Elliott, the son of Jack McFarland, on the television series Will & Grace. In 2007, Angarano appeared in four episodes of the hit 24 as Scott Wallace, a teenager taken hostage by a terrorist. In 2008, Angarano was featured in Vanity Fair as one of Hollywood's "New Wave" young stars. He filmed Gentlemen Broncos, from Napoleon Dynamite director Jared Hess. The comedy film was released in October 2009. In 2010 he had the lead role in Ceremony, and in 2011, Angarano starred in the horror-thriller film Red State as "Travis".