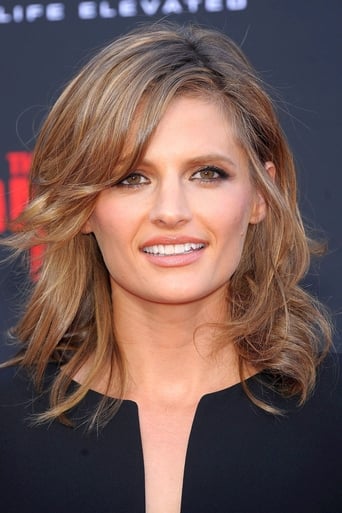 Stana Katic ( born April 26, 1978) is a film and television actress. She is best known for her portrayal of Detective Kate Beckett in ABC's Castle. Early life Katic was born in Hamilton, Ontario, Canada, to Serb parents Petar and Rada Katić, who emigrated from Croatia, Yugoslavia. In describing her ethnicity, she has stated "My parents are Serbs from Croatia. I call us Dalmatian..."Her father is from Vrlika, and her mother is from the surrounding area of Sinj. Katic later moved with her family to Aurora, Illinois. She spent the following years moving back and forth between Canada and the United States. After graduating from West Aurora High School in 1996, she studied at the University of Toronto and then at the DePaul University Goodman School of Drama, where she studied acting from 2000 to 2002. She has four brothers and one sister. Personal life Katic started a project in 2010 called "The Alternative Travel Project". She lives and shoots Castle in Los Angeles. Katic speaks four languages fluently: English, French, Italian and Serbian.Katic wrote the lyrics for "Hey Blue Eyes", which she sang for fans at the 51st Zlín Film Festival in 2011. She holds dual citizenship in the United States and Canada. Description above from the Wikipedia article Stana Katic, licensed under CC-BY-SA, full list of contributors on Wikipedia.