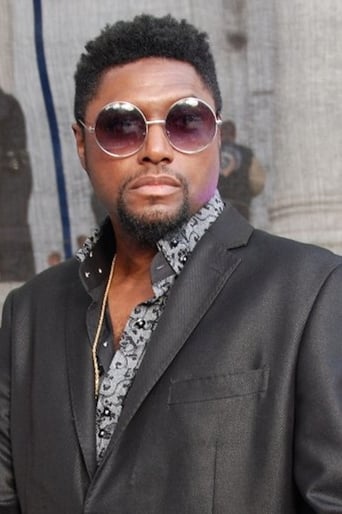 Morris Hayes is a talented musician, producer, and band leader. As a keyboardist, Hayes has worked with superstars such as Prince, George Clinton, Elton John, Whitney Houston, and Stevie Wonder. He was one of the 2013 inductees into the Arkansas Black Hall of Fame. Morris Kevin Hayes was born in the small town of Jefferson (Jefferson County), just outside Pine Bluff (Jefferson County). He was inspired by the religious music he heard in church as a child. He majored in art at the University of Arkansas at Pine Bluff (UAPB). When a rhythm and blues (R&B) band on campus lost its keyboard player, Hayes—who had learned to play a bit in high school—offered to fill in. Although he was still learning to play the keyboard, he played well enough to take the spot. After graduating from college, Hayes played in churches and with various bands, moving to Chicago, Illinois; Memphis, Tennessee; and then to Texas. He cofounded a group called the Bizness, which former Prince and the Revolution bass player Mark Brown heard. Brown asked the group to come to Minneapolis, Minnesota—which had a vibrant music scene—and record a demo. Hayes recorded the demo and then joined Brown’s band, Mazarati. When Brown’s group disbanded around 1991, Hayes remained in Minneapolis. When the keyboardist for the popular group the Time quit, Hayes replaced him and toured with the group in Asia. After the completion of the tour, Hayes formed another group called G Sharp and the Edge. This group performed as the house band in the popular Minneapolis club Glam Slam, which was frequented by Prince (who would later purchase the club). Prince signed the group to open for him on his “Diamonds and Pearls” tour in 1992. After the tour ended, Prince asked Hayes to join his band, the New Power Generation. Hayes played in the band for ten years. In 2003, he left for a scheduled six-week gig with funk and soul jazz saxophonist Maceo Parker. Instead, he stayed for two years before rejoining the New Power Generation as the leader of the band in 2005. Hayes has also performed with a long list of major artists, including Sheila E., Chaka Khan, Herbie Hancock, Kanye West, Elton John, Babyface, Carlos Santana, Kenny Loggins, Lenny Kravitz, Alicia Keys, Will.i.am, Mary J. Blige, Maroon 5, Ani Di Franco, Questlove, Kool Moe Dee, Sheryl Crow, Gwen Stefani, Erykah Badu, Amy Winehouse, Bono, The Edge, and Macy Gray. Hayes has received numerous honors for his work, including inclusion in the Arkansas Black Hall of Fame in 2013. Hayes is involved in a nonprofit called No Worries Now, which helps children with terminal illnesses by organizing proms for them. The organization also helps fund osteosarcoma research. Hayes is the owner and CEO of Ill Street, Inc., a music production company through which he has written for various films and television shows such as Flavor Flav’s Under One Roof, Martin Lawrence’s You So Crazy, and Laurel Avenue on HBO.