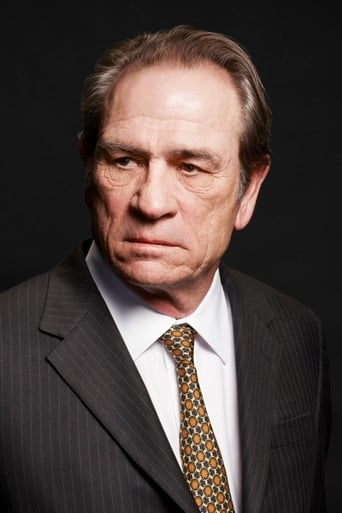 Tommy Lee Jones (born September 15, 1946) is an American actor and film director. He has received three Academy Award nominations, winning one as Best Supporting Actor for the 1993 thriller film The Fugitive. His notable film roles include federal marshal Samuel Gerard in The Fugitive and its sequel U.S. Marshals, the villain "Two-Face" in Batman Forever, terrorist William Strannix in Under Siege, Agent K in the Men in Black films, former Texas Ranger Woodrow F. Call in Lonesome Dove, Ed Tom Bell in No Country for Old Men, a Texas Ranger in Man of the House and rancher Pete Perkins in The Three Burials of Melquiades Estrada. Jones has also portrayed real-life figures such as businessman Howard Hughes, executed murderer Gary Gilmore, Oliver Lynn in Coal Miner's Daughter and baseball great Ty Cobb. Description above from the Wikipedia article Tommy Lee Jones, licensed under CC-BY-SA, full list of contributors on Wikipedia.