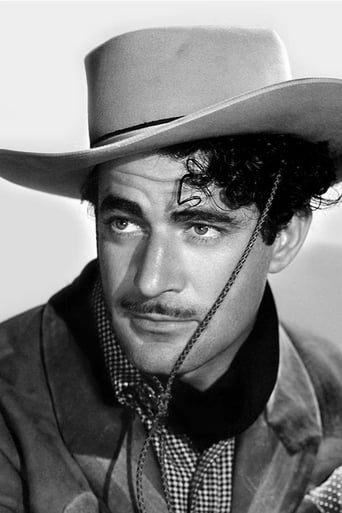 From Wikipedia, the free encyclopedia Gilbert Roland (December 11, 1905 – May 15, 1994) was a Mexican-born American film actor. He was born Luis Antonio Dámaso de Alonso in Ciudad Juárez, Chihuahua, Mexico and originally intended to become a bullfighter like his father. When the family moved to the United States, however, he became interested in acting when he was picked at random for a role as an extra. He chose his screen name by combining the names of his favorite actors, John Gilbert and Ruth Roland. He was often cast in the typical "Latin Lover" role. Roland's first major role was in the collegiate comedy The Plastic Age (1925) together with Clara Bow, who he became engaged with. In 1927, he played Armand in Camille opposite Norma Talmadge, whom he was romantically involved with and they starred together in several productions. Roland later appeared in Spanish language adaptations of American films in romantic leads. Beginning in the 1940s, critics began to take notice of his acting and he was praised for his supporting roles in John Huston's We Were Strangers (1949), The Bad and the Beautiful (1952), Thunder Bay (1953), and Cheyenne Autumn (1964). He also appeared in a series of films in the mid 1940s as the popular character "The Cisco Kid". He played Hugo, the agnostic (and totally fictional) friend of the three shepherd children in The Miracle of Our Lady of Fatima, based on the apparitions of Our Lady of Fatima in 1917. In 1953 he starred in the epic Beneath the 12-Mile Reef as Greek-American sponge diver Mike Petrakis. His last film appearance was in the 1982 Western Barbarosa. Description above from the Wikipedia article Gilbert Roland, licensed under CC-BY-SA, full list of contributors on Wikipedia.