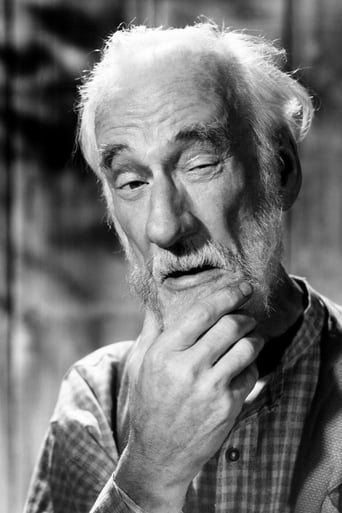 From Wikipedia, the free encyclopedia Clem Bevans (October 16, 1879 – August 11, 1963) was an American character actor best remembered for playing eccentric, grumpy old men. Bevans had a very long career, starting in vaudeville in 1900 in an act with Grace Emmett. He progressed to burlesque, Broadway, and even light opera, before making his film debut at the age of 55 in Way Down East (1935). His portrayal was so good, he became stereotyped and played mostly likable old codgers for the rest of his life. Bevans played the neighbour of Gregory Peck in The Yearling and the gatekeeper in Harvey (1950). However, he did occasionally play against type, for example as a Nazi spy in Alfred Hitchcock's Saboteur (1942). He also made some television appearances, including the role of murderer Captain Hugo in the 1958 Perry Mason episode "The Case of the Demure Defendant" and as Pete in The Twilight Zone episode "Hocus-Pocus and Frisby" (1962). He played Captain Cobb in Disney's TV miniseries Davy Crockett. His first cousin was actress Merie Earle, best known as Maude Gormley on The Waltons.